Inside the Mind of a Serial Maker 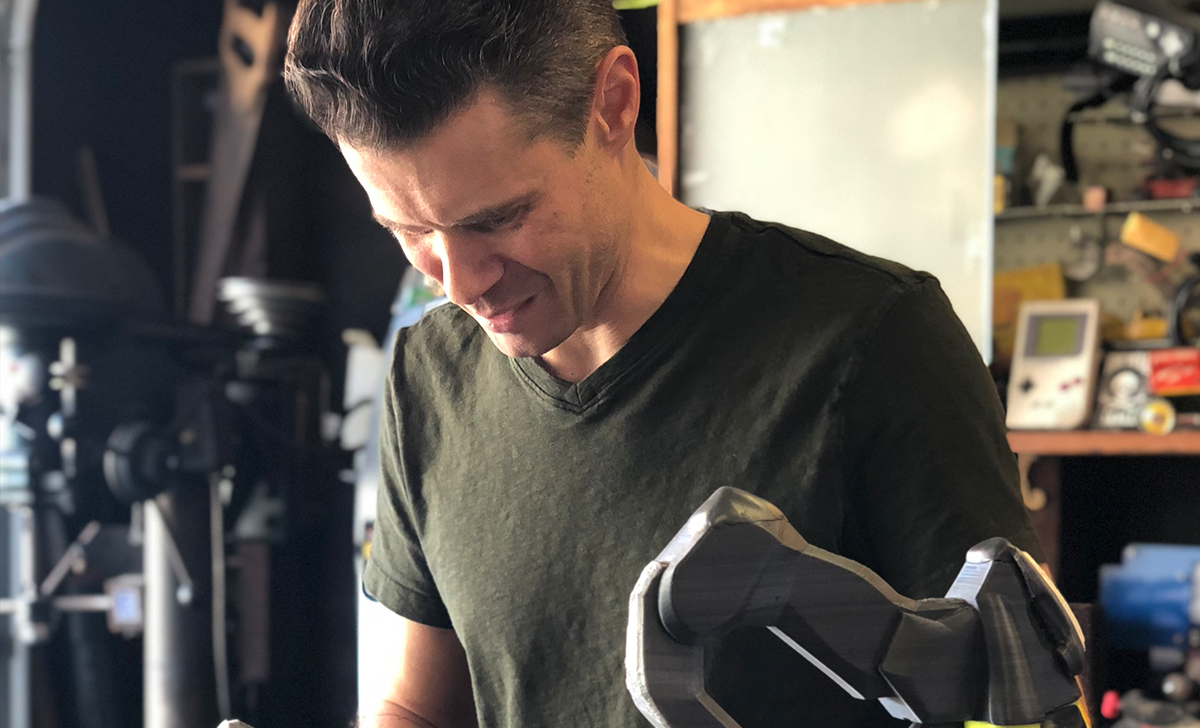 Ever since John Edgar Park can remember, he’s been taking things apart to understand how they work. His earliest memory was dismantling a broken walkie-talkie set, putting it back together, only to discover it worked again. It made him feel like he had special powers. That was his epiphany moment, and his destiny as a maker was sealed.

John’s passion for dismembering and rebuilding things has taken him into the worlds of computer graphics and film animation for companies like White Wolf Studios, NovaLogic, and Disney Animation Studios where he worked as a Rigging Lead, CG Supervisor, and Director of Digital Production & Technology on films Meet The Robinsons, Bolt, Planes and Tinker Bell. His book, Understanding 3D Animation Using Maya, was written based on his experience teaching Maya at Sony Imageworks during the production of Spider-Man 2, The Polar Express, The Matrix Reloaded and The Matrix Revolutions.

John is a prominent force within the maker movement. He hosted the public television series Make: television, he’s a regular writer for Make Magazine and presenter at Maker Faire events. He currently works for Adafruit Industries and hosts a weekly YouTube broadcast called John Park’s Workshop, you can check it out here.

We were lucky enough to catch up with him at his cool workshop in Los Angeles.

I think it’s the willingness to fix things, take things apart, and use things in ways they maybe weren’t intended to be used. I like the phrase ‘creative technology’ because it involves low-tech tools with high-tech stuff like computers, micro-controllers and 3D printing. Essentially it reflects the mindset of feeling like you have the freedom to and right to build things, take things apart, fix and change things.

Q: How have you seen the maker movement evolve?

Q: You've got a lot of young fans, what are the roles of kids and young people in the maker movement?

Kids simply follow their own interests and hobbies. They're not thinking about a movement; they're just doing things. One role that kids do have in the maker movement is for people like me who are involved with training and creating learning materials. To see where their interests are and how insanely advanced they've become over a pretty brief period of time. With things like Raspberry Pi in schools, littleBits and the hands-on crafting and making going on at camps and events, kids no longer see making as this weird, foreign thing anymore. Kids act as a litmus test for how normalised and widespread making is.

Q: Who are your maker role models? Who inspired you to do what you do?

Both my parents were very hands-on and not afraid to learn how to do something. My mom, for example, deciding to tear up floors in our kitchen. There was a carpet that was rubber glued down and one summer she was like, "We're taking this up." She got supplies and tools, and we spent most of the summer with these scrapers scraping rubber off what had once been a linoleum floor. Seeing my parents take things on and learn on the job definitely made it just seem normal to me.

My parents never discouraged me taking things apart even when I shouldn't have been doing it. [DANGER ALERT: DO NOT TRY THIS!] I’d sometimes even get electrocuted a little bit, just a little bit. In the US, when you shock yourself on 110, it's not that bad. But if you get shocked by 240 like in the UK, or like when I lived in Pakistan, I touched 240 and got blown like four feet away from the wall, that’s a completely different experience!

There are a lot of people closely associated with the maker movement who are just incredible craftspeople, like Jimmy DiResta. This guy can build anything and does so without worrying about the formal, proper way of doing things.

Q: What advice do you have for young makers?

Don't be scared to just start building and making things. You don’t need to acquire all kinds of expensive tools and take classes before you can start in on a project. Take on projects that are of reasonable complexity and build on those, then approach the big, crazy stuff later. Meet people to talk to about your ideas, and if things are hard, there are insane amounts of information available on the Internet. This is where we’ve seen the big changes. When I was a kid wanting to learn how to make certain things, I would have to go to the library. Now the tools and information are much easier to find. You can go on YouTube and learn anything.

Adafruit has a great discord chat that's online 24/7. Someone once described it as the 24-hour, seven-days-a-week maker space that you'd feel okay bringing your granddaughter to because it's so well-moderated and policed. Find places like Maker Faires to collaborate and show off your making, or library maker spaces and hacker spaces that are age-appropriate. My advice is, just do it, start making things and check in on places where you can get feedback.

Q: If you could jump to 2050, what changes would you hope to see in attitudes towards making and repairing things?

By 2050, the technology available for fabricating things in the home or in a home workshop could potentially be at just bonkers levels of sophistication. If you look at 3D printing today, it's useful for some things, but it's very frustrating for others. I can make little brackets that are perfect fits for things all day long, but it can be tricky to do parts that move or need to be durable. Once those things are solved, the key skills are going to be in design, and being able to communicate your ideas with devices that will manufacture them. Creativity and learning advanced design skills will be key.

Q: Can you tell us about your favourite project?

There was a collection I built for a magician and game designer. It was a series of escape room puzzles for a long-form storytelling puzzle game among 49 people called The Mystery Of The 49 Boxes. Like most of my favourite projects, it involved taking old vintage gear and adding very high-tech effects to it with joyous and unexpected results. For example, I customised three old radios that communicated with each other to unlock boxes with hidden clues.

This type of stuff makes me so excited and is the kind of thing that would have been absolutely impossible for me to make, even 15 years ago. It’s all down to the education available online now, and the tools developed through open-source sharing. That series of projects was a delight. I also got to create finessed tutorials for Adafruit so people could learn and make props for their own escape rooms.

Q: Can you think of the coolest thing you've seen somebody else make?

I just saw a bunch of insane hardware hacks at this conference – next-level stuff. One guy took an inkjet cartridge from an inkjet printer and reverse engineered the whole communications protocol. He figured out how to make a self-contained image stamper and was able to drag it across a piece of paper so that it drew out Nyan Cat with a rainbow behind it. It was bananas.

Q: You've been fixing with Sugru since the very first batch. As a maker, what makes Sugru such a great tool?

For years I had an aversion to adhesives. I believed that if you didn’t use some kind of mechanical fastener, you wouldn’t be able to take things apart. Tough glues made me unhappy, they stink like toxic death, and I loathed hot glues. Sugru changed my opinion. I was like, okay, this stuff actually sticks metal to metal and it stays stuck. It doesn't have a two-part epoxy mixing process where you feel like it's all going to dry out. And the little packets are brilliant because it's just the right amount to do a certain type of fix. Or I gang-up three or four smaller projects. I also love that it feels like a final product when cured. You get to sculpt it, and you're happy with the way it looks and feels at the end of it. Plus, it's ridiculously strong at staying bonded to stuff. I heart Sugru.

Q: Name a project where Sugru has been really helpful?

This is a great example. I built a 3D printed prop for a video game. It was a sound blaster made from more than a dozen 3D printed parts in different colours. As an assemblage, it was too large to print in one go. I stuffed it with electronics and lights, including a giant speaker in the front. I had to put this mix of components together and was able to really finish it off beautifully with Sugru. I sculpted and moulded certain shapes, and bonded parts together that didn't have good snap fits. Sugru was the perfect material for it. I also mixed up some colours. I love that Sugru comes in different colours. You can really get creative with it.

John, thanks so much for sharing your stories with us. Your passion and boundless curiosity is an inspiration.

If anyone wants to know what John gets up to next with Sugru, keep an eye on our social channels. He has some super-exciting projects lined up for us.

Are you an IKEA hacker? 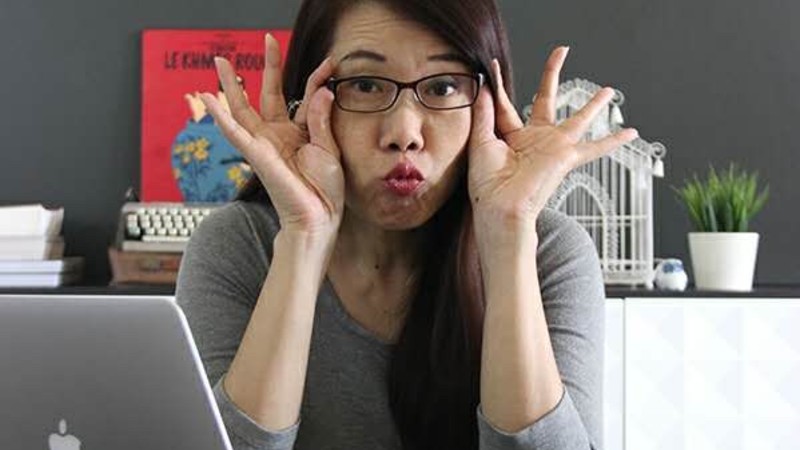 Are you an IKEA hacker? 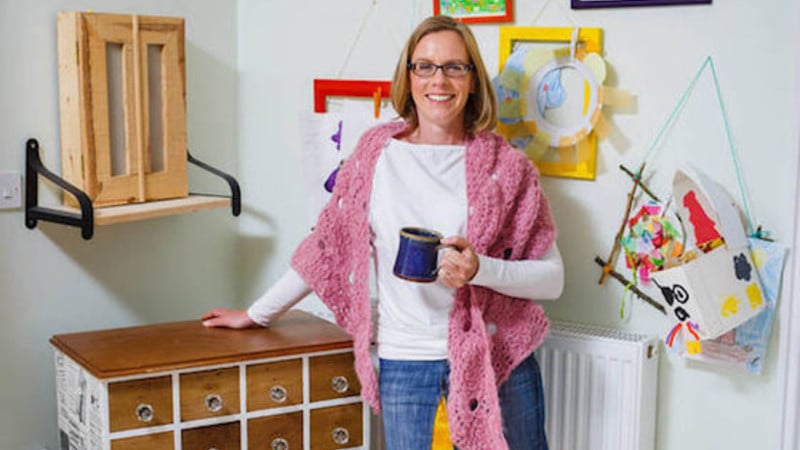