Life's too short to be doing the dishes

“Sisters are doin' it for themselves” – Annie Lennox & Dave Stewart, singer-songwriters

Yep, and they have been doing so long before the 1980's hit by Eurythmics, featuring the late great Aretha Franklin, became a feminist anthem.

But sadly, celebrating women’s extraordinary achievements throughout history remains woefully underrepresented in schools and culture generally. In fact, anyone would think that women had never done a day’s meaningful work in their lives. 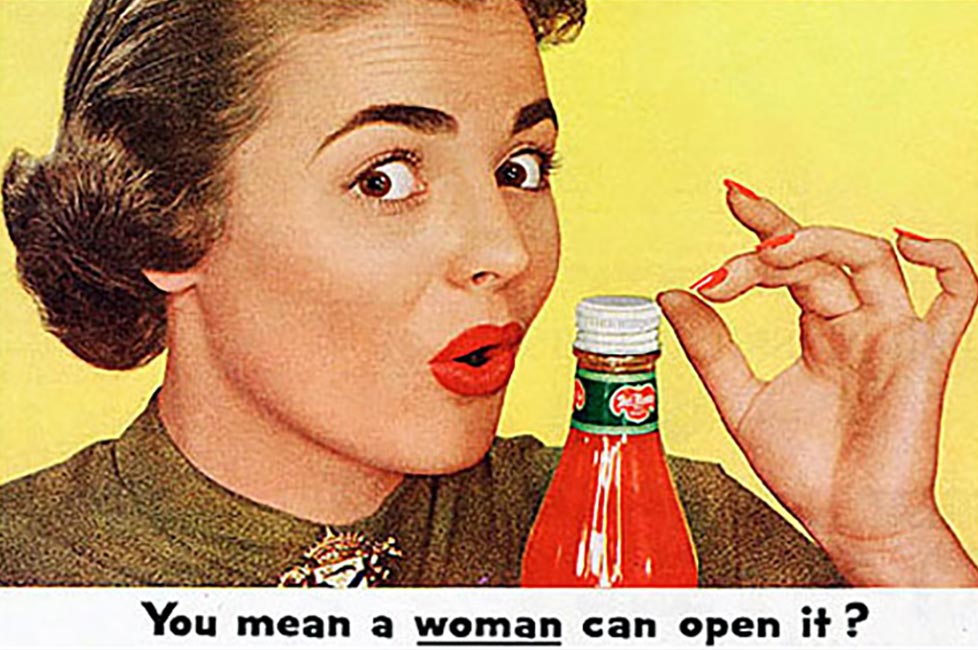 Their stories of being sidelined, stitched-up and deliberately kept out of the picture are only now beginning to surface. Like the sediment in patriarchy’s pint glass, society’s dirty little secrets are rising to the top, one gulp at a time.

During an interview with the Design Council, Jane ní Dhulchaointigh, Sugru Inventor, Founder and Fixer in Chief, and, whoop, whoop, European Inventor Award winner, shared her thoughts on women in the design industry. She believes we need to reimagine our education system in order to nurture diversity and creativity from a young age. 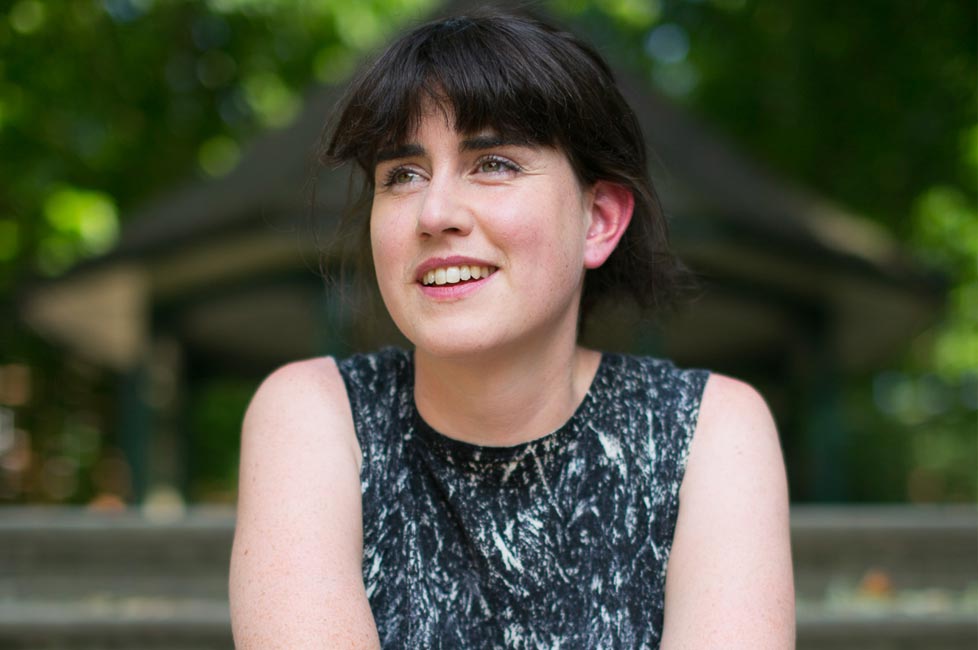 When asked which woman leader or designer had most inspired her and why, Jane’s immediate answer was Josephine Cochrane, inventor of the dishwasher. 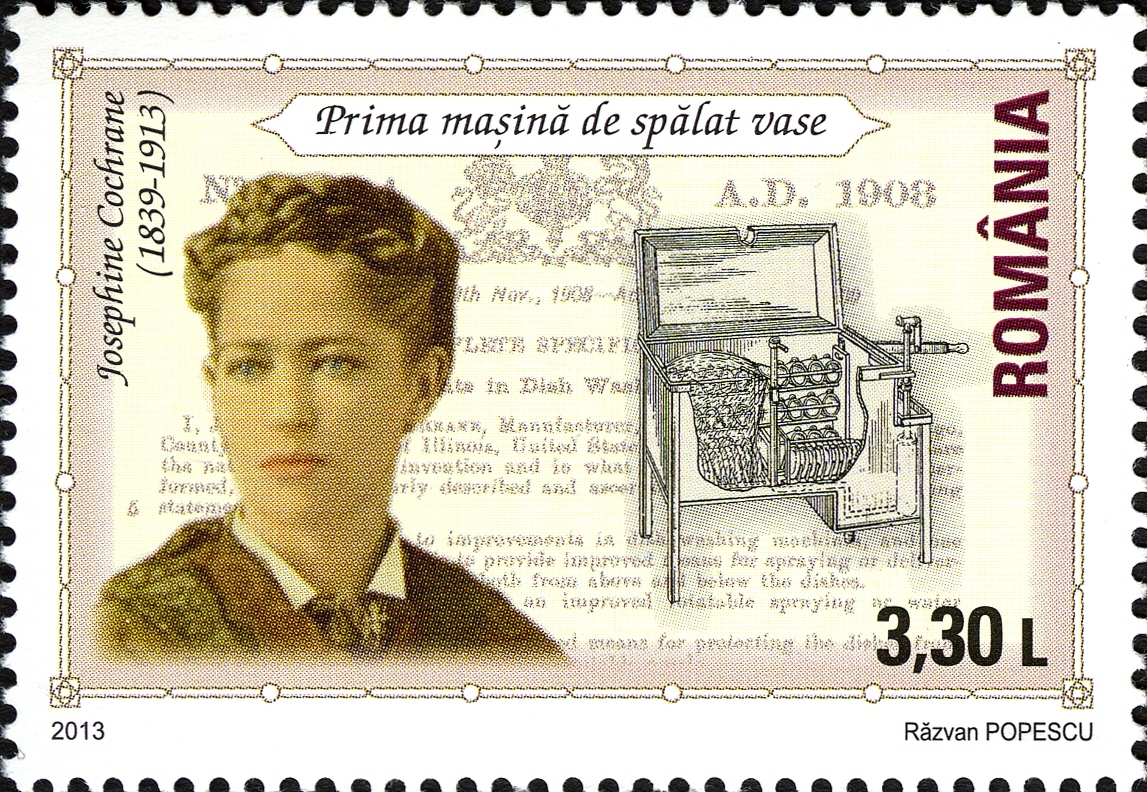 Josephine Cochran (later Cochrane) was born in Ashtabula County, Ohio, in 1839, ironically the same year the Married Women's Property Acts were enacted by individual states in the US. Her father, John Garis, was a civil engineer, and her paternal grandfather, John Fitch, was an inventor, engineer, entrepreneur and designer of steam-powered boats. She had a mother, Irene Fitch Garis, and a sister, Irene Garis Ransom, but that’s about all we know of them.

Josephine may have enjoyed a privileged upbringing, attending a private school, even graduating from high school. However, tradition beckoned, and at 19, she married William Cochran. After a few fruitless years trying to strike gold in California, William eventually made a pretty packet in dried goods and investment, eventually turning his hand to politics for the Democratic Party.

Yet, despite settling into conventional family life, Josephine’s mind was restless. She noticed her staff always had to wait late into the night to clean the last dishes after dinner. During a dinner party, one of the servants dropped and smashed a piece of the family’s heirloom china, reportedly dating back to the 1600s.

From then on, Josephine took it upon herself to hand wash the precious dishes herself, quite unheard of in polite society. She soon understood what every housewife in the land had to endure after each meal, every single day of their lives. 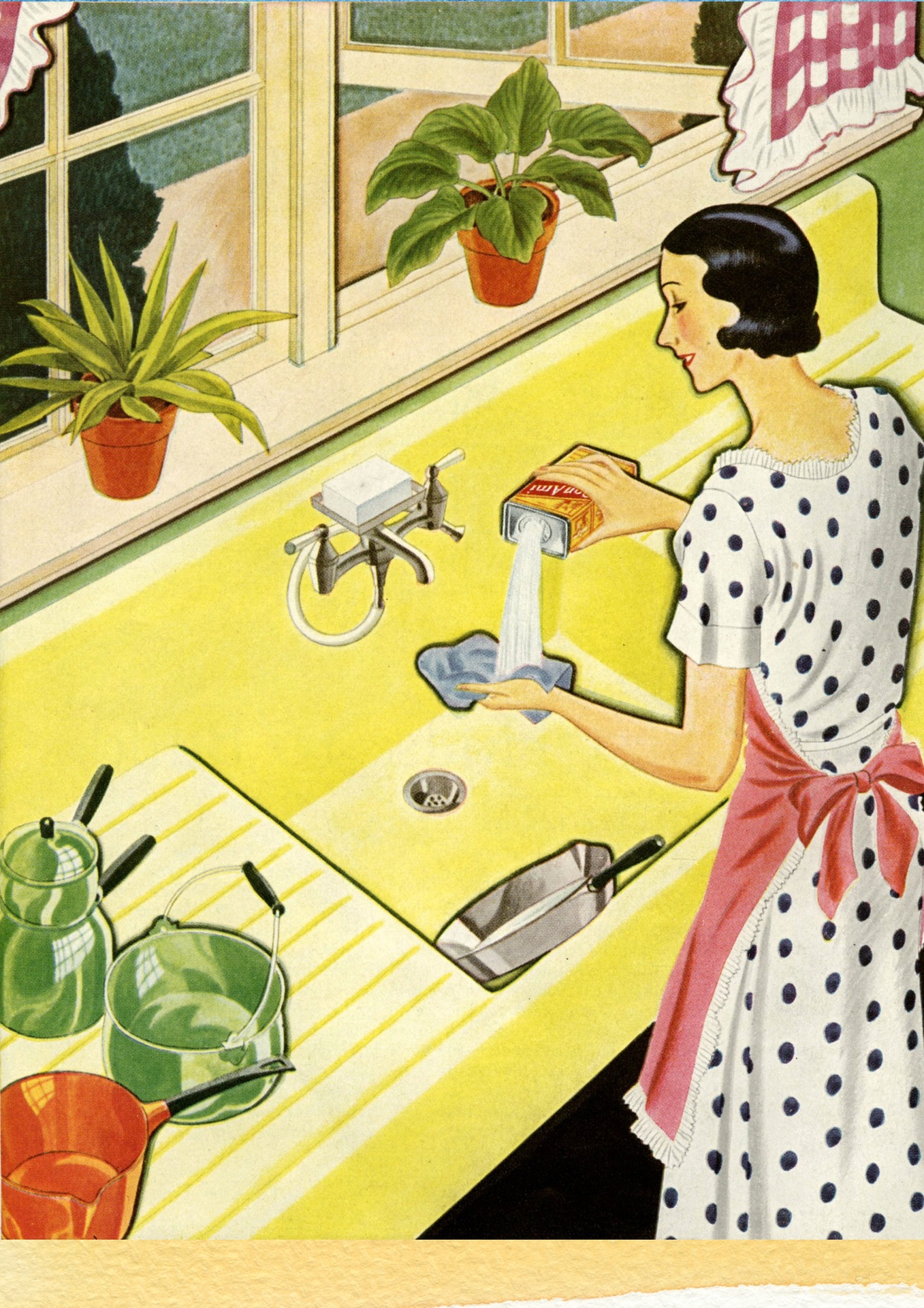 Perhaps it was the backache, the wasted time, maybe the jelly hands, or that she’d simply inherited her grandfather’s inventive spirit, but something triggered her light bulb moment. She wondered: what if a machine could do the dishes? Josephine’s idea for the dishwasher, as we know it, was born. 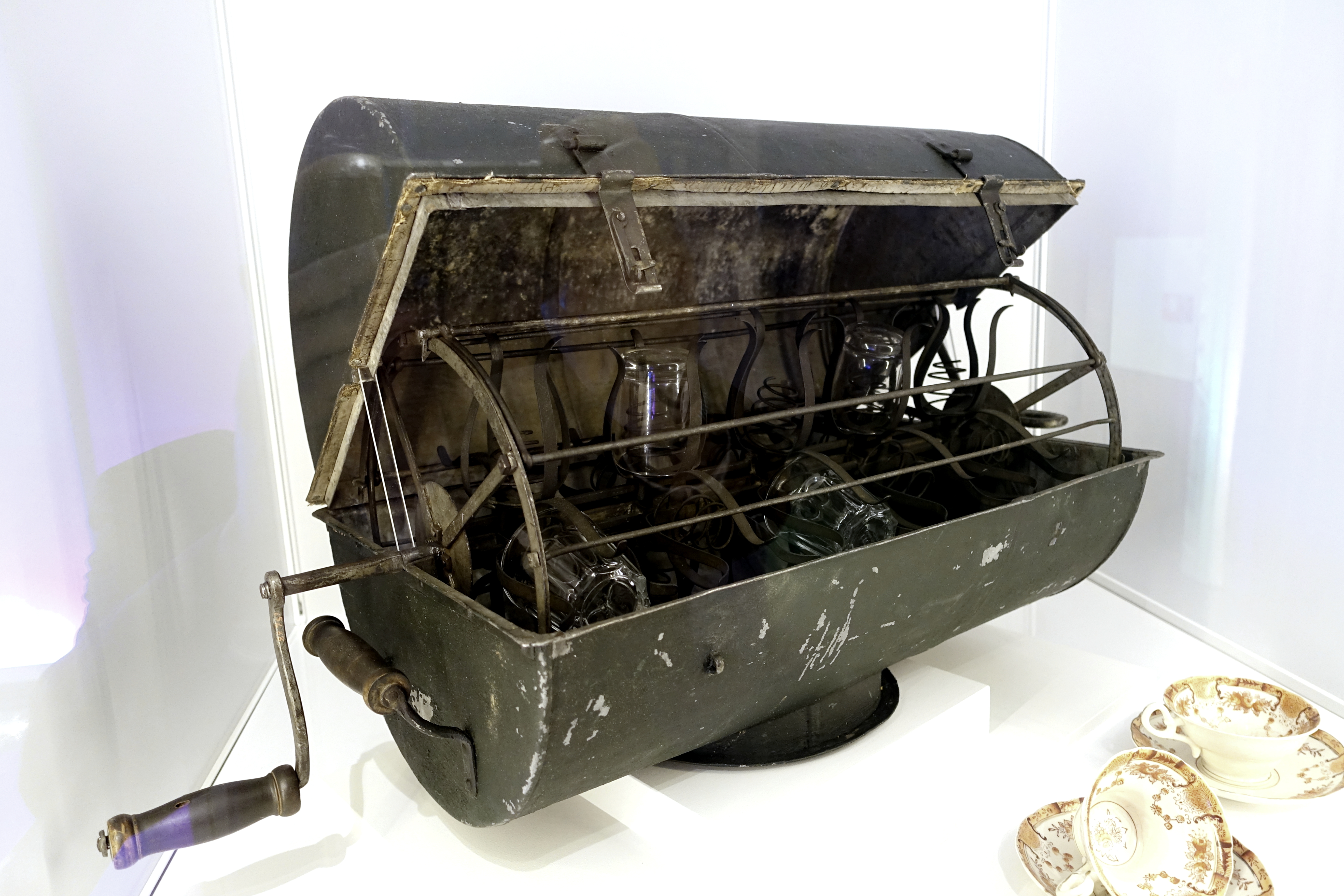 Now, there had been a crude hand-turning water contraption before this made by some bloke called Joel Houghton in 1850. He even got a patent. But it wasn’t up to much. Even after L. A. Alexander had developed the idea further by adding gears to a spinning rack, which submerged into a tub of water, it still wasn’t fit for purpose.

Whereas Josephine’s prototype, which she designed in a shed next to her house, had way more potential. First, she measured the dishes and built compartments out of wire, each designed to fit crockery of different shapes and sizes. The compartments sat in a wheel inside a copper boiler. With the help of a mechanic, George Butters, they constructed a motor to turn the wheel while hot soapy water blitzed the dishes. This was the first dishwasher to use water pressure to clean the dishes inside a machine.

While Josephine was busy perfecting her designs, her husband, William, developed a rather extravagant alcohol habit, clocking up hundreds of thousands of dollars in debt. Sadly, he died in 1883. For Josephine, getting her dishwasher to market was now a matter of financial survival. She finally received her first patent for the Garis-Cochrane Dish Washing Machine on 28 December 1886.

At first, business was slow, with only Josephine’s wealthy friends welcoming this magic dishwashing device into their homes. Then she presented it at the 1893 World’s Fair in Chicago, where it won Best Mechanical Construction, Durability And Adaptation To Its Line Of Work. Hotel and restaurant owners soon lapped it up. The Garis-Cochrane Dish Washing Machine went into production in 1897, after the opening of Josephine’s first factory in a deserted school.

It would take another 50 years, with the development of modern homes and in-built plumbing systems, for Josephine’s domestic dishwasher to become a household feature.

In 2006, Josephine was inducted into the National Inventors Hall of Fame. Her company is now known as the famous appliance brand KitchenAid. Not bad going for the girl from Ohio. 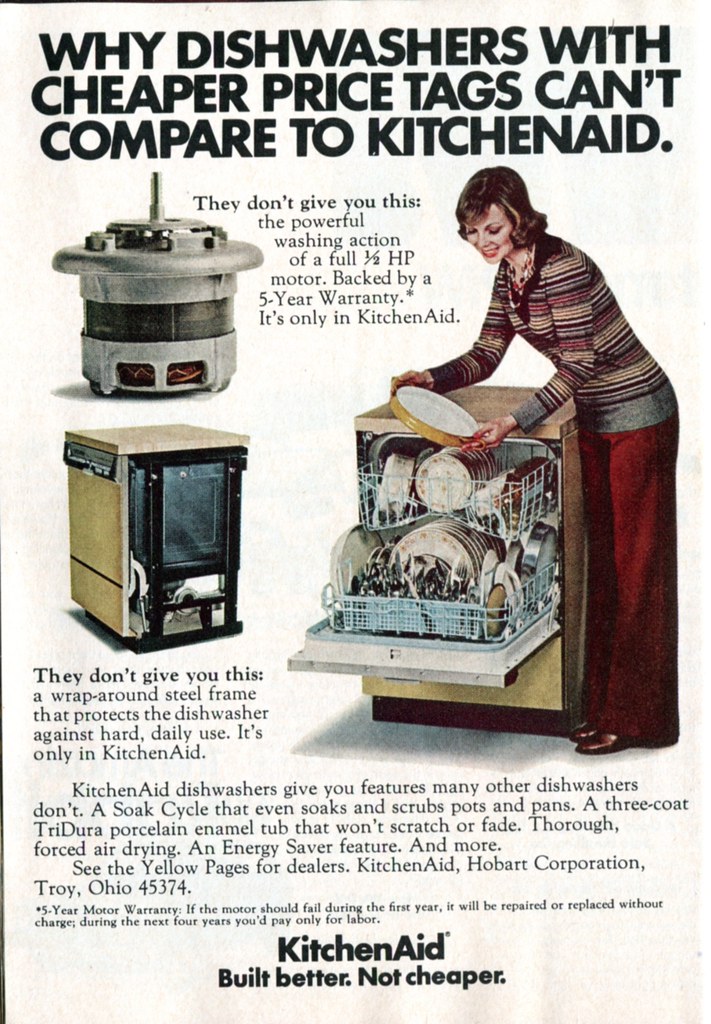 Next time you’re squabbling over who’s going to load the dishwasher, give a little nod to our lady of the dishes, Josephine Cochrane. And never forget the wise words of American actress, comedian, writer, producer, and playwright, Tina Fey: "B*****s get stuff done." Too right, they do.

Upcycle a teapot into a stylish bird feeder 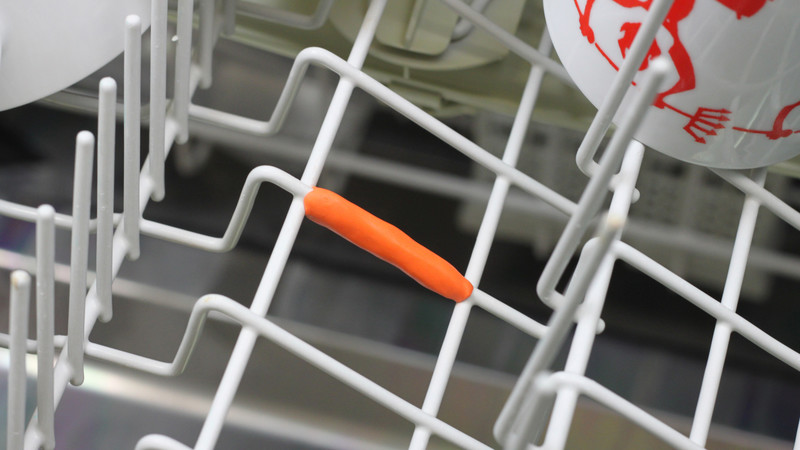 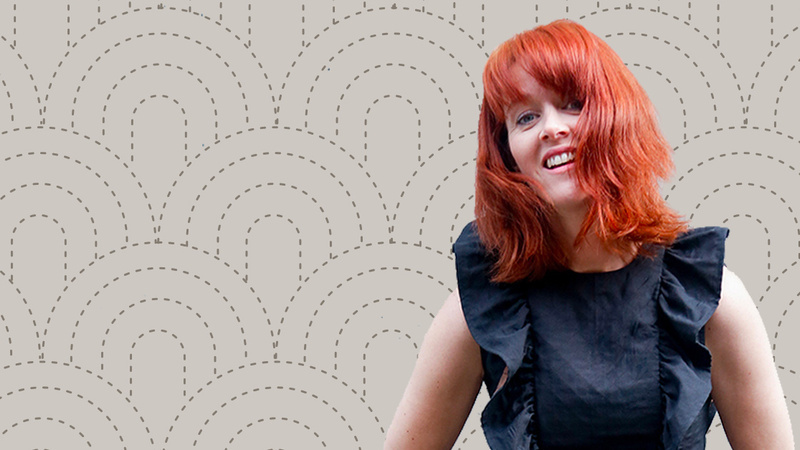 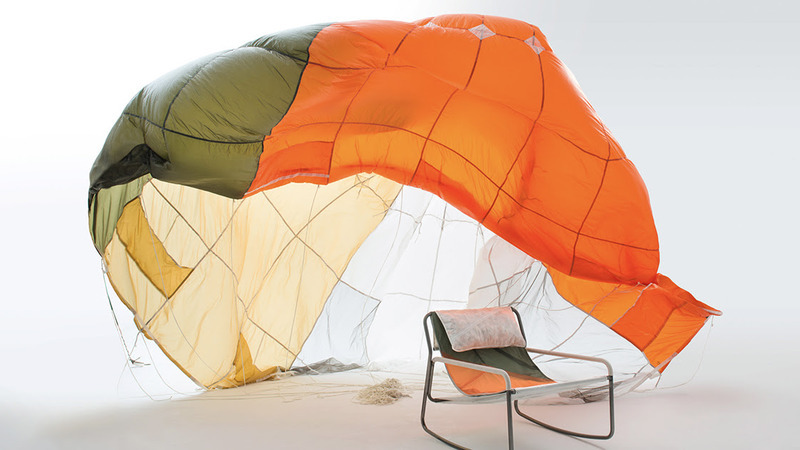