Uploaded by eolake SEND US YOUR BEST FIXES!

Add a grip to a tablet or ereader case 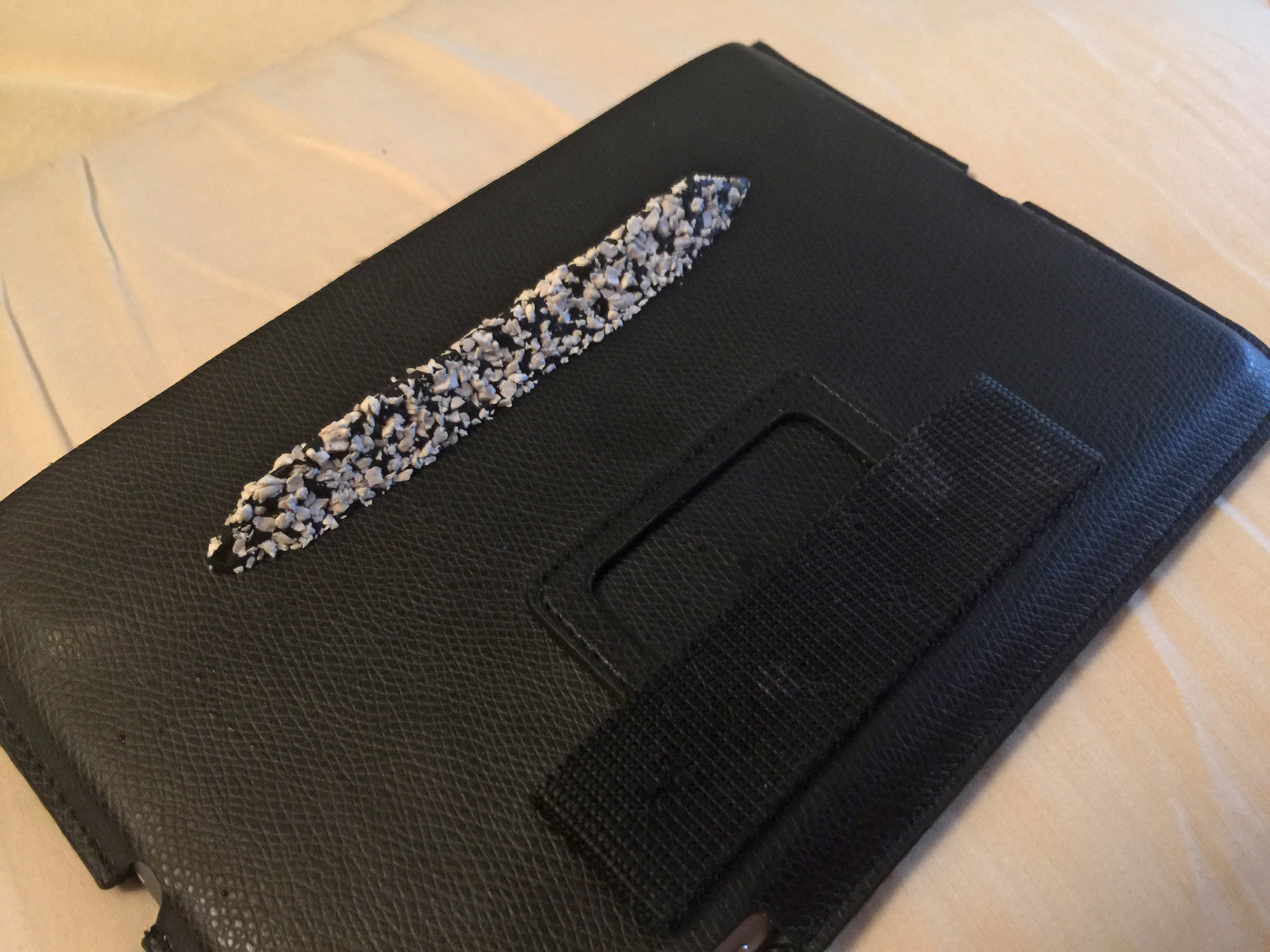 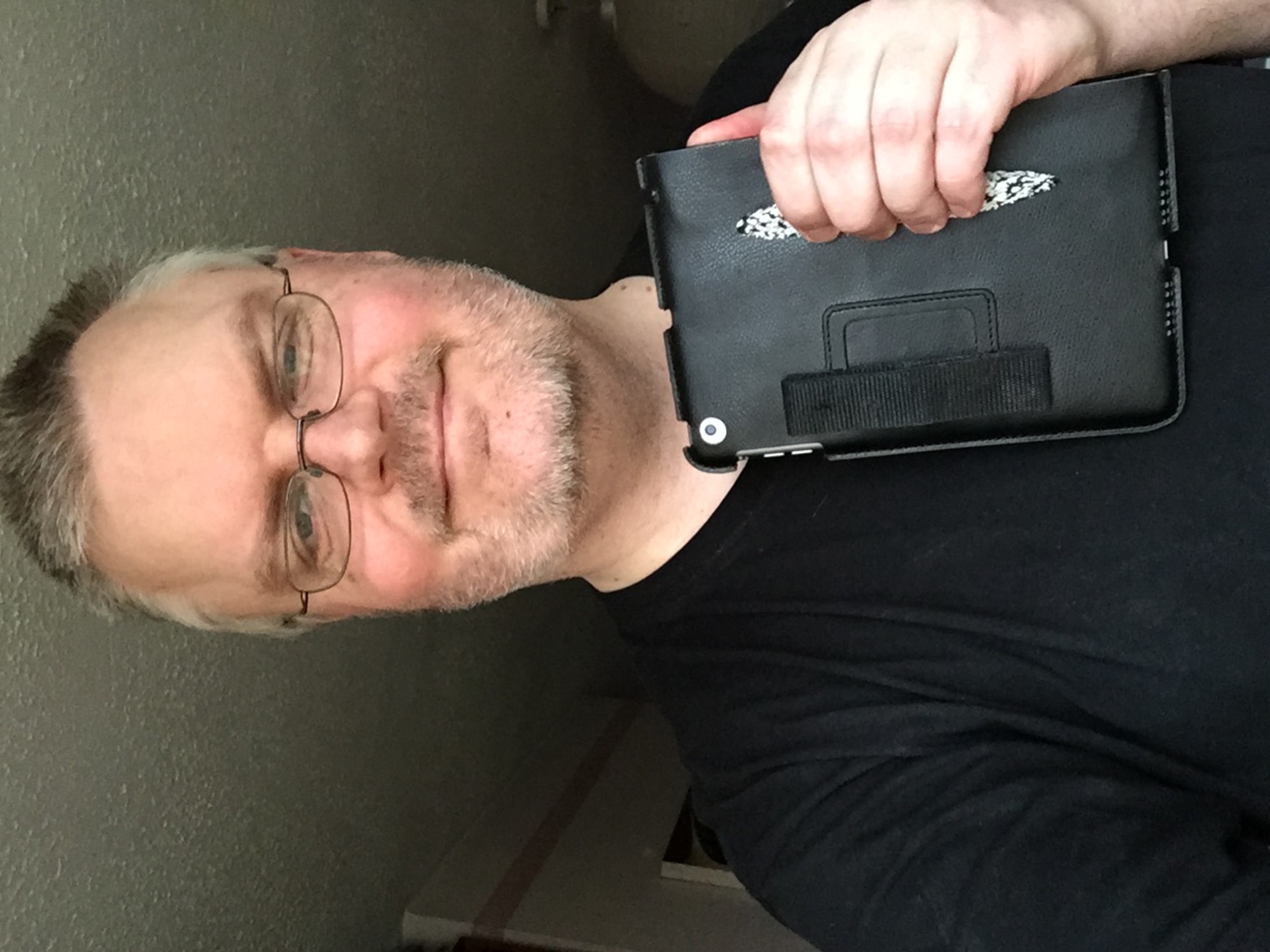 I am a big fan of ereaders and tablets, and reading on them. (I even have a blog about it) But: hardly anybody has tried to do something about these things being very hard to hold, especially when reading leaned back or in bed. They are slick and there's really nothing to grip. (Considering how many people like to read in bed, it's a puzzler why this problem is still there.)

So I made a grip from Sugru. (You can do this directly on the device, or on a case.) The grip is simply a ridge, inset an inch or so from the edge. It helps a lot. But what makes it into an even bigger improvement is the anti-slip surface I invented for it.

I tried aquarium-gravel, but surprisingly, it would not easily stick to the Sugru, and I did not get a good result. But then I took a mini-pack of Sugru (a contrasting color for coolness), and hacked it into a few pieces for faster curing. After half an hour, I hacked it into smaller pieces (just like hacking veggies, only much smaller). But it still stuck to itself, so I could not get the bits small enough. I think I was up to an hour and a half before I could hack them into tiny chunks like big gravel (maybe 3-milimeter bits), with pretty sharp edges.

I let them cure for a full day, so I would not dull the edges when manipulating them.

Then I made the grip, and I pressed the bits in all over the surface. (Not difficult, Sugru sticks well to most things, not the least itself.)

On the photos you can see the grip on a iPad Mini case. The grip and surface works and feels really good, and not a single little bit has fallen off yet!

(It has an interesting feeling actually, sort of rough but in a softish way, rather nice.)

How to make a unique DIY tablet stand

Make your own tablet wall mount

Make a Homemade Necklace from a Fossil

7 ways to get ready for the ski season with Sugru 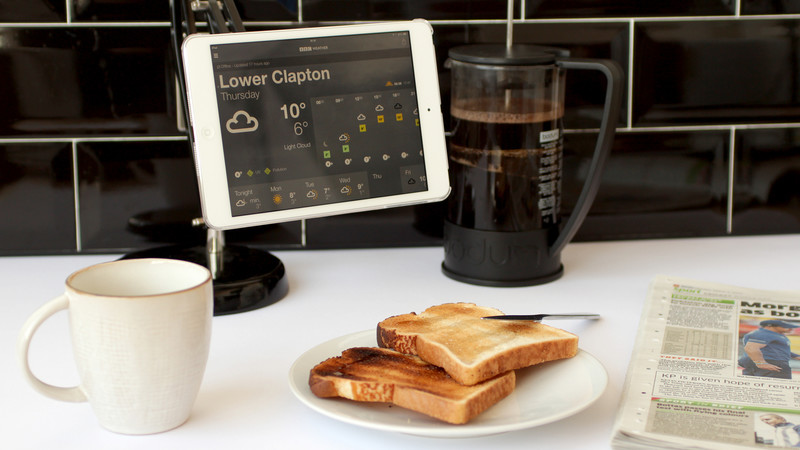 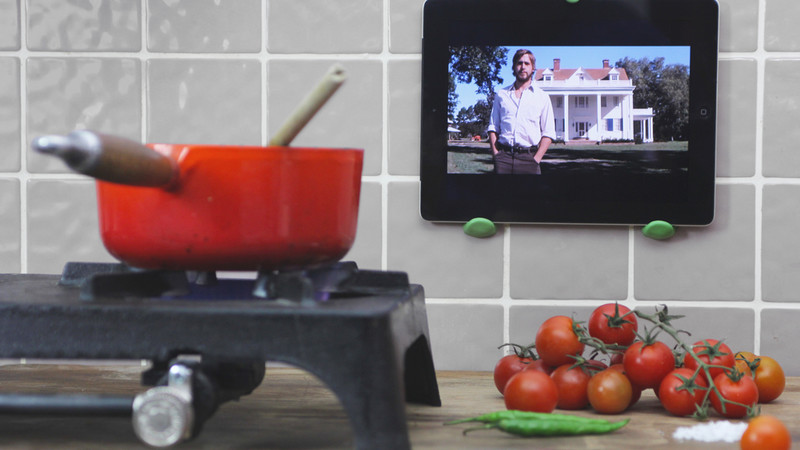 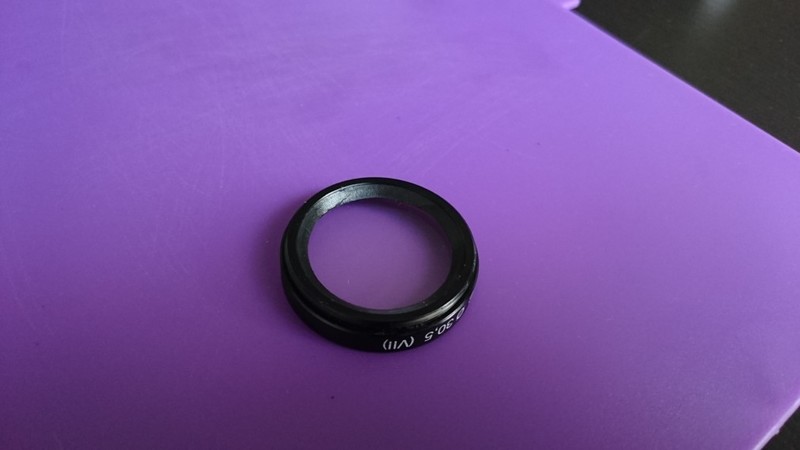