HACKS FOR YOUR LIFE & YOUR HOME >

Uploaded by doktorj SEND US YOUR BEST FIXES! 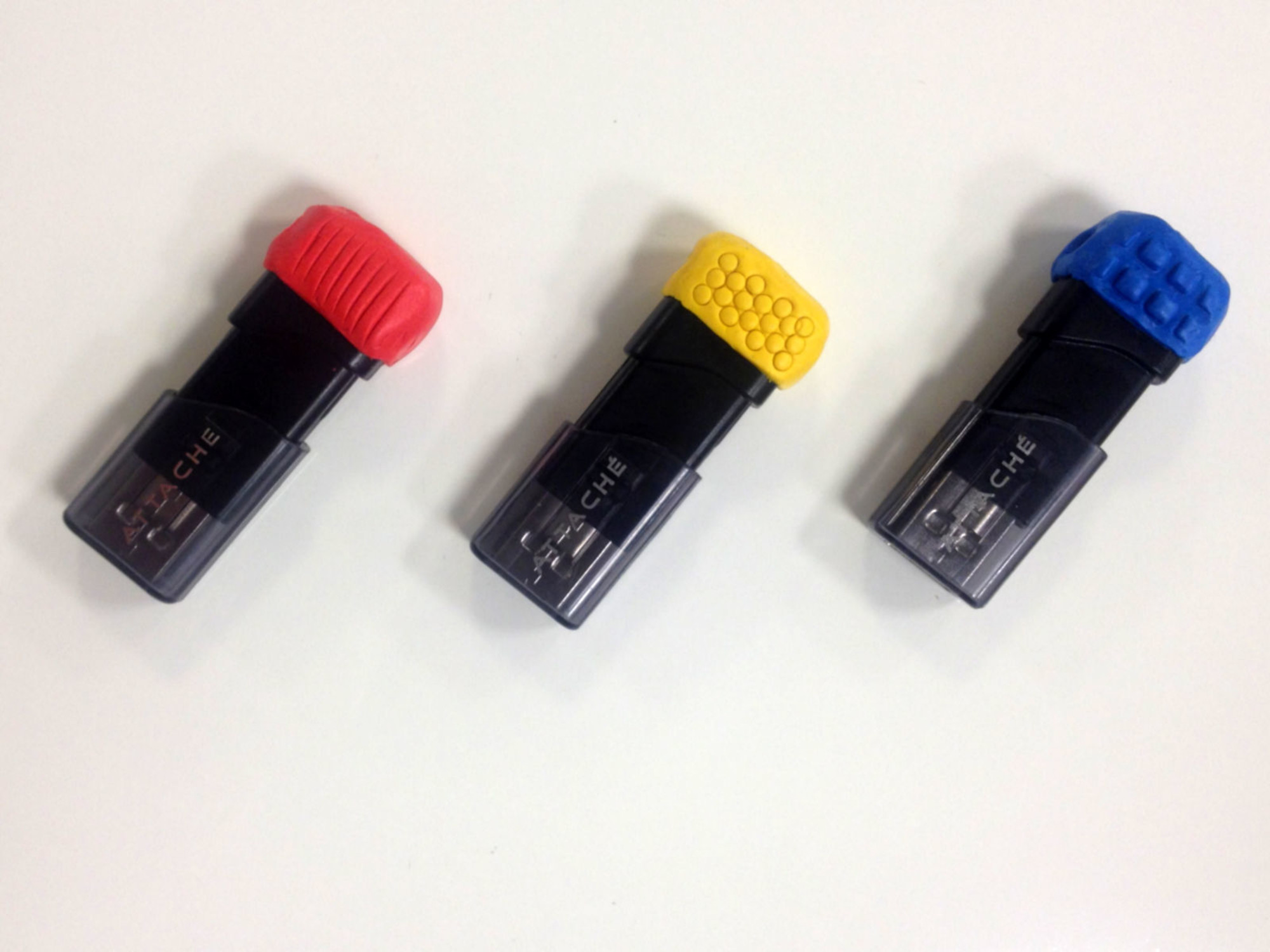 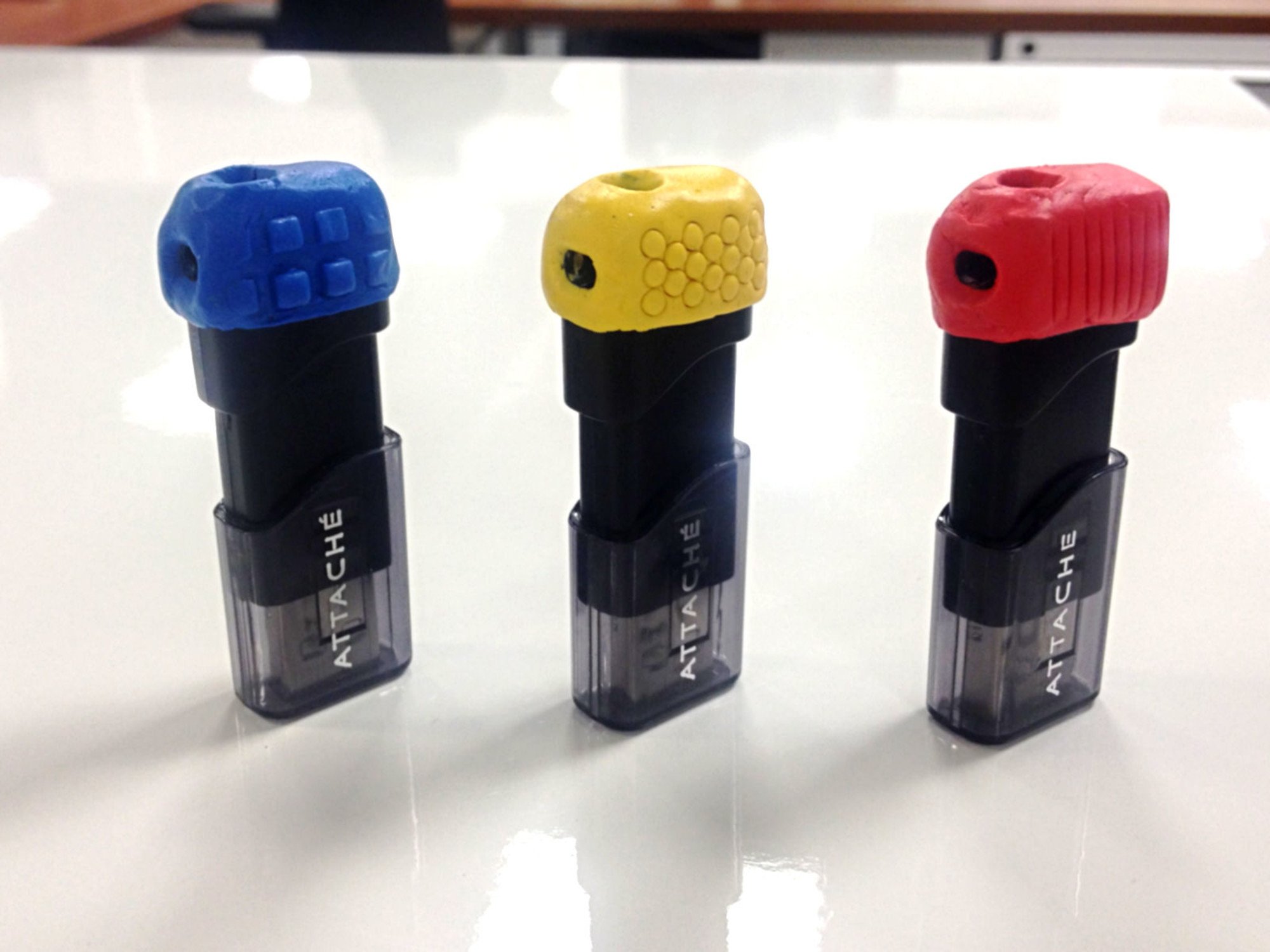 My brother-in-law is legally blind (he has 10% vision in one eye). He recently had surgery and is currently in a nursing home for physical rehab, and has nothing to do all day except listen to his talking books (courtesy of the Perkins Library Braille and Audio Reading Download site), which we load up on USB drives for him to plug into his player. Complicating the issue is the fact that the player has a very small qualified list of USB drives, none of which are over 4GB... so we bought him a few more USB drives. Since they're all identical, I tried to think of a way to make them identifiable for him, and one of the first thoughts that occurred to me was Sugru! I ended up making "caps" on the ends of the drives with different colors and textures. Unfortunately I didn't take pictures of the whole process, but I do have pics of the results, and it's not a complicated process.

I first used my pocket knife to rough up one end of the casing by digging a couple of grooves in it for the Sugru to "grip" better so we don't have problems with the caps falling off down the road. I then molded the Sugru around the ends of each USB drive, pressing firmly to make sure it got well-embedded into the grooves, while keeping the lanyard loop holes open. I used red, yellow, and blue so they would be easily visibly distinguishable (he might not be able to distinguish black from blue, or white from yellow). After I got the end covered, I used a paperclip to scrape excess Sugru off from around the lanyard holes, making a sort of beveled edge (we use these to tether the USB drives to his player, so it's important that they're kept clear).

I tidied up the Sugru by smoothing out all the fingerprints with a piece of plastic and leveling out the bottom edge with my thumbnail, then proceeded to apply unique textures to each drive. On the red one, I actually used the edge of the Sugru packet to slice vertical(ish) lines into it (yay for re-use!). For the yellow, I used the end of a coffee stirrer straw to punch out little round bumps in a sort of honeycomb pattern; to enhance the texture, I pivoted the stirrer around a bit on each bump so there was a wider "clear" space around them. For the blue, I actually have an old 1U server on my desk that had little square vent holes on the front... so I got some soapy water on paper towel, rubbed down the face of the server, and pressed the Sugru cap against the vent holes to make a larger square bump pattern.

Not shown in the pictures is a fourth USB drive; I purchased an 8GB drive to experiment with (it's the same brand/series as the smaller qualified drives) and see if the player can understand it. Since I ran out of primary colors I mixed blue and yellow to make green, since his eyes are more sensitive to blues and greens. For its texture, I made two circles similar to the bumps on the yellow one to form an "8", then bent a paperclip in a curly-cue resembling a "G" and stamped that next to the 8. He may not be able to feel the "8G" well, but it should provide a different enough texture that he can identify it by touch.

I have some more ambitious ideas to help make further drives uniquely identifiable, but that will have to wait until I get more USB drives!

Make a Hard Drive Mount on your Laptop

Use Self Adhesive Magnets to Create a Beautiful Soap Dish

How Sugru Saved a Quadcopter in The Amazon Rainforest

The art of beautiful repair

Make your own coat hooks 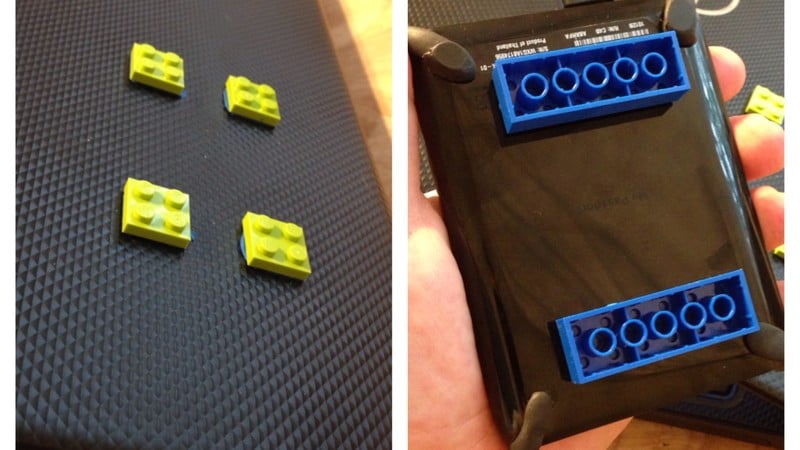 Make a hard drive mount on your laptop 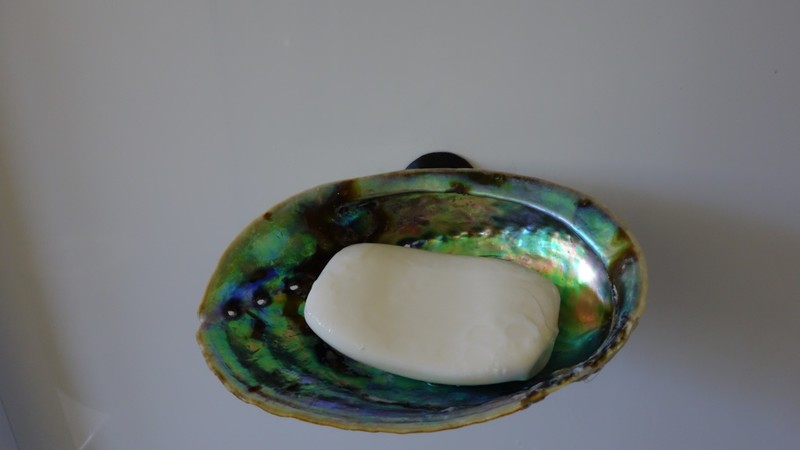 Turn a paua shell into a magnetic soap dish 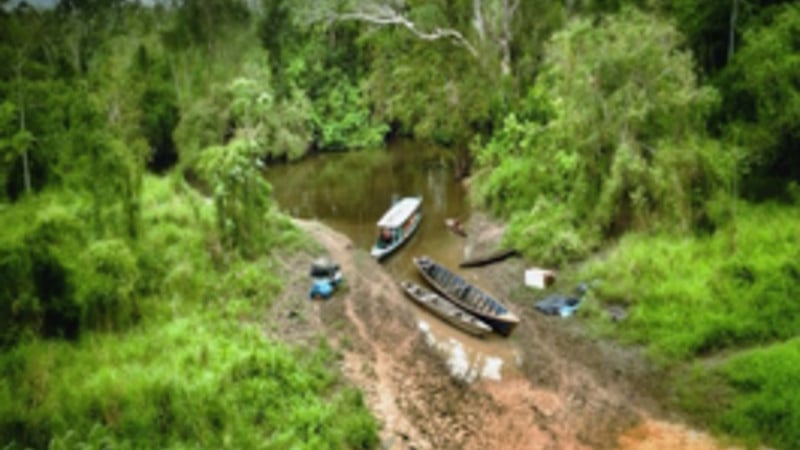 Sugru saved a quadcopter in the rainforest